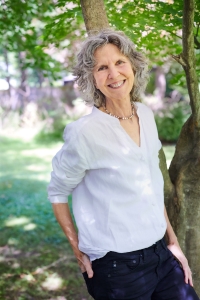 MARTA SZABO
Facilitator and Co-Director of the Authentic Writing Workshops

Although Marta Szabo spent years as an editor in mass-market paperbacks and magazines, both in the United States and abroad, her focus has always been on developing her own writing. Along the way, she gained a Creative Writing MFA from Goddard College, and taught writing in colleges, high schools, prisons and hospitals.
By the early 2000’s, she was firmly established in Authentic Writing, facilitating alongside Fred, and hosting an annual Memoir Festival at the Omega Institute.

Marta has published three memoirs, The Guru Looked Good, The Imposters, and The First Two. 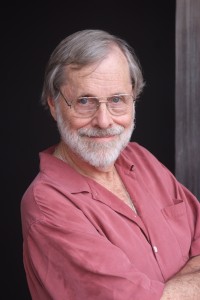 FRED POOLE
Founder and Co-Director of the Authentic Writing Workshops

For over thirty years Fred Poole was a writer and journalist traveling throughout the world into dangerous territories – from Haiti to Cuba, from Beirut to Angola, from Bangkok to Kuala Lampur – and writing about it. During these years he published over a dozen books including a novel Where Dragons Dwell (Harper) and the exposé Revolution in the Philippines: the U.S. in a Hall of Cracked Mirrors (McGraw-Hill).

In the mid-eighties, responding to a persistent sense of dissatisfaction, Poole allowed his life to take a more spontaneous and introspective turn. His explorations led him into years as an art student in New York City followed by progressive theological studies and a master’s degree at Boston College.

Drawing from his most meaningful experiences as a writer, teacher, artist and seeker, Fred Poole created the Authentic Writing Workshops in 1993. His most recent books are Authentic Writing, A Memoir on Creating Memoir; The Aqua Mustang; and a collection of poetry, Skyrocket Dive.

Get subscriber-only updates and discounts!

Half Day Workshop: by Zoom

Payment by cash, check or Venmo.

For details & to register:  MartaSzabo@AuthenticWriting.com